On Saturday evening 3rd December the Witchert Chorale, conducted by David Quinn, presented another of their popular and always enjoyable concerts at St Mary’s Church in Haddenham. The choir has raised in excess of £35,000 over the years for charitable causes. On this occasion funds were being raised for the Society for Mucopolysaccharide Diseases. As the concert was organised by the chorale with the assistance of Haddenham Village Society in various ways, they will also receive a small portion of the proceeds. 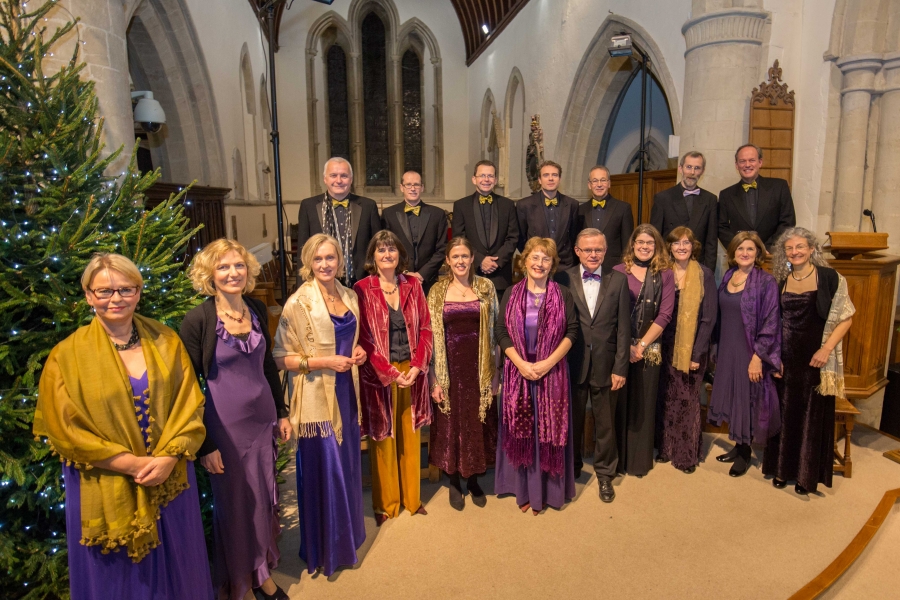 The programme was Advent/Christmas orientated. In the first half the choir sang several items, all by Russian composers, which often displayed a warm intensity of feeling and emotional depth. An exception to this, however, was an arrangement of Tchaikovsky’s dance of the Sugar Plum Fairy which, in complete contrast, all but drew laughter from the audience.

The second half of the programme was in lighter vein — and the choir seemed more confident and relaxed. Particular mention should be made of an arrangement of ‘O Little Town of Bethlehem’ (no, not the usual tune at all). Some lovely sensitive singing enhanced with a most pleasing baritone solo by Jon Smith. Also enhancing the choir’s performance was Fionnuala Prosser who expertly accompanied two items on the piano. The evening concluded with two well deserved encores.

The programme was shared by accomplished Haddenham pianist Hugh Stradling performing music by Grieg, Scriabin and Rachmaninov. The latter’s Prelude in C# minor was perhaps the most well-known to the audience and they were not to be disappointed. The piece takes the listener from gentle serenity to thunderous intensity and Hugh had the audience spell-bound throughout.

In contrast to this Andrew Hardy gave a reading entitled ‘Carol Barking’ from Laurie Lee’s ‘Cider with Rosie’. This was as good as anything heard on Radio 4 and, furthermore, Andy was dressed appropriately for the part!

Lastly the audience was invited to sing two hymns, one in each half of the programme. This might have been a damp squib but, far from it, the singing, accompanied imaginatively by the church’s fine organ, was full throated and heart-warming.

The audience left in good cheer and the choir left deservedly congratulating themselves on another enjoyable concert.